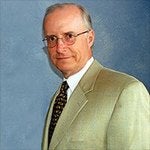 John D'Orazio was born in Hampton Rhodes, Virginia in 1951. His family moved to greater Atlanta when he was five years old and he has remained in the area since. He graduated from Sequoyah High School in Doraville and subsequently attended Georgia State University where he graduated with a Business Degree. Although he majored in marketing, he had a great interest in business law.

Following graduation from college, John joined Sentry Insurance Company as a claims representative. He gained valuable experience there serving both as an office and field claims rep. On several occasions, he was called out of town to assist other offices in resolving their excess claim load. During his tenure at Sentry Insurance Company, John's interest in law was reignited. He decided to pursue a career in the legal profession and with that in mind, joined the Atlanta law firm of Ross & Finch as an investigator while also enrolling in law school.

On completing his Juris Doctor degree and passing the bar exam, John joined the firm (at that time known as Finch, McCranie, Brown and Blank), as an associate attorney. Over the ensuing years, he became a partner in that firm. While practicing with the firm, John had the opportunity to be tutored by attorneys with decades of trial experience and litigate matters in numerous courts across the United States. His practice even involved in traveling abroad to help supervise litigation in Great Britain. It was during this “British Invasion” that John had the opportunity to travel and work with Robert Webb.

John's areas of concentration are in the areas of personal injury, wrongful death, malpractice, slip and fall and workers' compensation. In addition, John is involved in business related litigation and other business matters for a variety of local businesses.

In his spare time, John enjoys spending time with his son and daughter. He is also an avid motorcycle enthusiast riding both street and dirt. John is an amateur mechanic, welder and farmer.